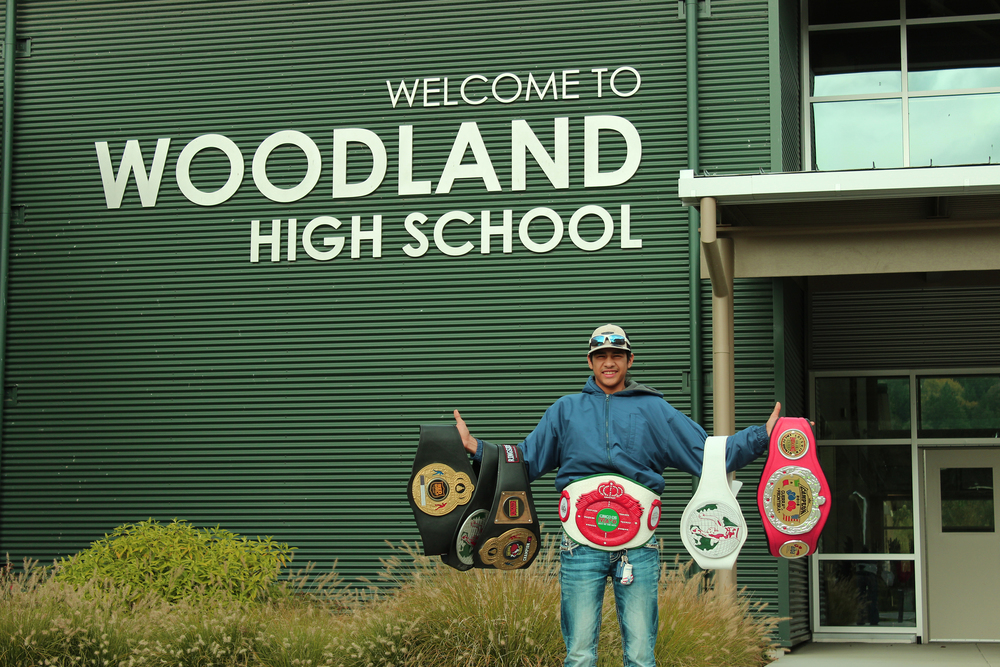 When everyone is little they have a dream of what they want to be when they grow up. It could be a firefighter, a princess, or even a teacher. For Jose Gonzalez his dream was to become a world champion boxer. When interview he told his story and it was inspiring.

“I’ve been doing boxing for about eight or nine years.”said Gonmzalez.“I was with my dad, we were in the living room we were watching a boxing fight. I told him ‘I could do that’ and I remember he didn’t believe me. So, he pulled me out and we went to a gym. I remember I just started boxing there right away, like put on the gloves with a random kid.” Just like a little kid would, he pointed and expressed what he thought he could do and life challenged him to it. He got the opportunity to see if he could make his dream become a reality.

Staying motivated even when you lose is difficult. For Gonzalez he spills the truth on how he stays motivated even on the toughest losses.“ It has to be my first loss. It was, I think, 10-0 and it was with some random kid. I think he was coming down from Seattle. I was for sure supposed to win but I guess [prediction] was wrong. When I lose, oh gosh, I really can’t keep myself motivated. It’s really my family [that keeps me going], but mainly my dad. He is my biggest supporter. He tells me I’ll get the next one and you can’t win them all.

Everyone looks up to someone whether it be our mom, dad, or even a star we see all over the TV. [Who] “I look up to is some guy he is not from the United States his name is Visala Machinco. He is currently a two time gold medalist and he has over 360 amature fights that he has won and only has one loss. I hope to do this as a career, I mean I’m trying to that’s what I have been training for in the past years. Then I won’t have to work i can just make this training my everyday” Gonzalez said laughing.

“Everyday I practice, so Monday through Sunday, usually I train for about two hours and sometimes two and a half if I decide to put in the extra work. I go to school then after school I go straight to boxing . The gym I go to is called Team Estrada and it is all the way in Hillsboro, Oregon. From boxing I just come back home and sleep. For me homework has to be done in school, if it doesn’t get done in school I won’t exercise, meaning no training. This rarely happens.” Gonzalez is a dedicated student and athlete. He has a very busy schedule everyday, but you can see the love and passion he has for this sport.

The school wishes Jose Gonzalez good luck on his endeavors to be the best. For the 9 belt winner to get to the top will be a journey. With his family supporting him and his dad sticking by his side he should succeed. Best of luck to Gonzalez in the world of boxing against some of the toughest athletes from around the globe. We will be cheering for you!