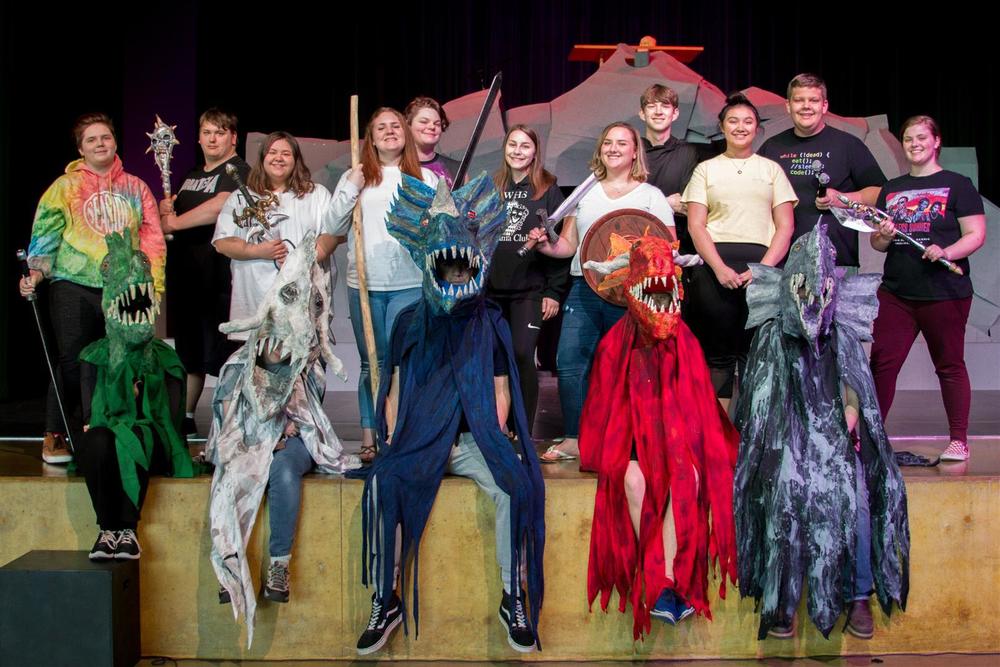 Travel to a fantasy world with the WHS Drama Club and "She Kills Monsters"
Woodland Public Schools
Thursday, May 09, 2019

Set in the 1990s, Agnes and Tilly Evans are sisters in high school together (Agnes is a senior and Tilly is a freshman) and they get along about as well as two bickering sisters can until Tilly is killed in a car accident.

Agnes discovers a handwritten notebook of Tilly’s – a story for the roleplaying game Dungeons and Dragons – and embarks on an action-packed adventure to discover why her younger sister found refuge in a fantastic world filled with homicidal fairies, nasty ogres and 90s pop culture.

In order to prepare for the performance, Woodland’s student actors learned stage combat from David Bareford, a seasoned theater artist and Woodland community member, who also choreographed the battle scenes featured in the play.

Special thanks goes to community members Shaleen Lomen, Merry Jouwsma and Cherylee Aldrete who generously created and donated the five dragons heads for Tiamat, the evil five-headed dragon who holds the key to Agnes’ adventure into the fantasy world of New Landin.

Created for teenage audiences, the play addresses themes such as bullying and also contains mild “colorful” language that would earn it a PG/PG-13 rating if it were a movie.

Performances will be held each night at 7 p.m. from Friday, May 17 through Sunday, May 19. Ticket prices are $10 for adults and $5 for students and children with proceeds going to fund future productions of the Drama Club. 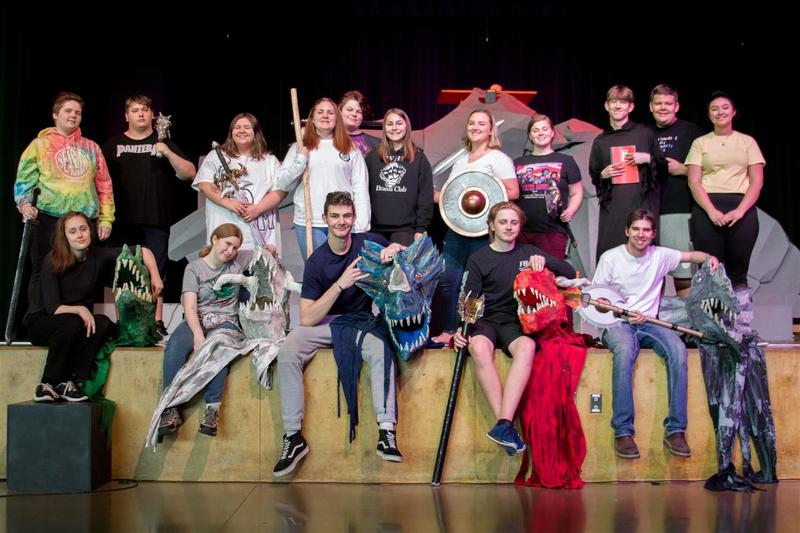 To meet the cast and see behind-the-scenes of the production, check out this special video produced by Director Mason Knight who interviewed our student actors:

We hope you will join us for this special performance – you will feel compelled to laugh, cry, and inch toward the edge of your seat as you journey with Agnes into New Landia.